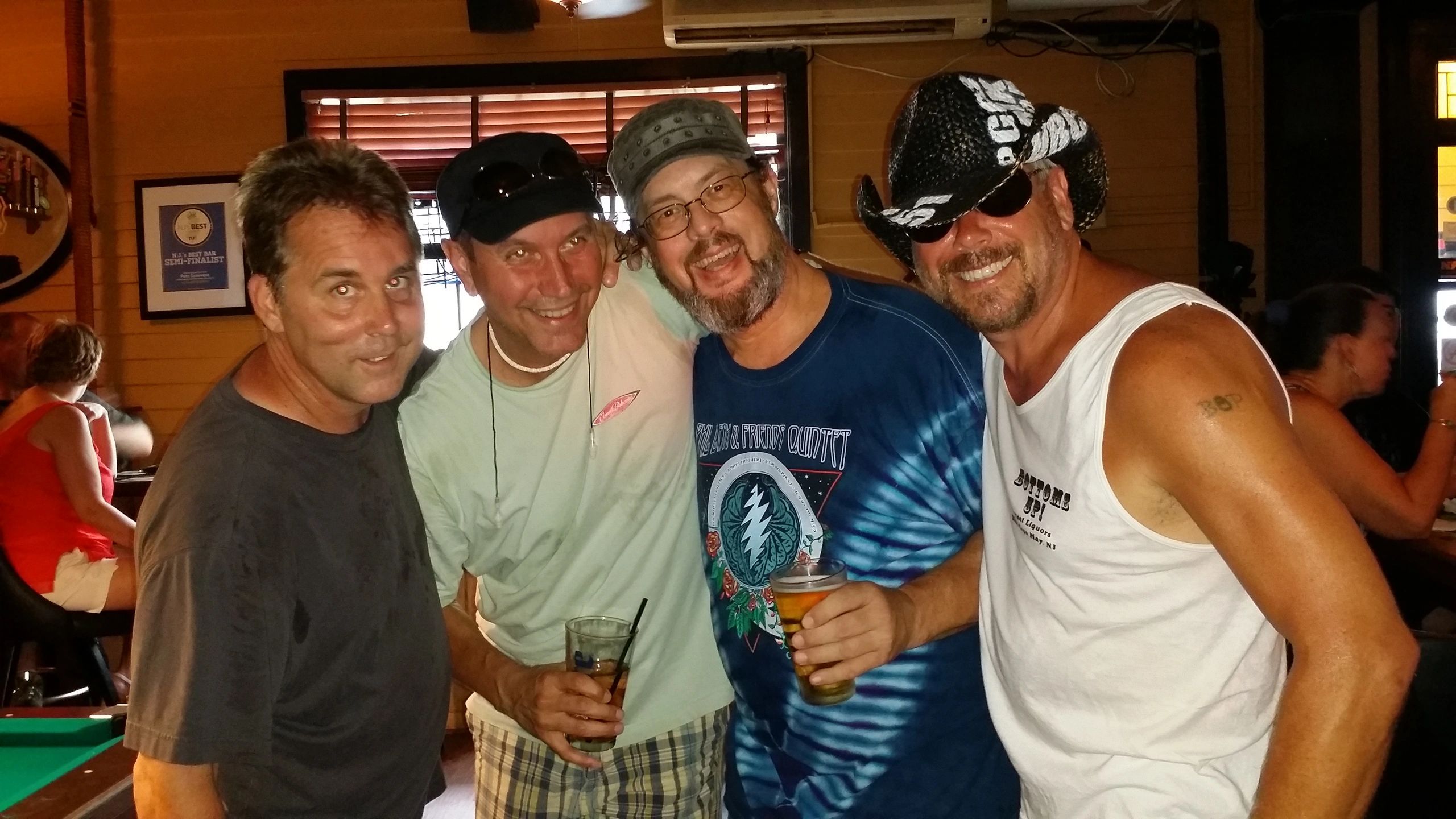 Where It All Began

Slee… the band got its name from singer Jim Seeland’s nickname. Originally know as Attitudinal Olives when they first formed in the late 80s. They decided to name their long-awaited debut recording “Attitudinal Olives” as an homage to that original band name. Members are Jim Seeland on Vocals; John “Barless” Pellichero on Guitars; Greg Bacsik on Bass; and Mark Sacco on Drums.

The band's origin is a Tale of Two Cities… John and Jim met in grade school in Franklin Township, NJ. They played together in various bands with Jim on the Drums and John on Guitar. It was in the early 80s that they started putting together original music. Mark and Greg grew up as neighbors in the Trenton, NJ suburb of Hamilton. They played together constantly and were nearly joined at the hip jamming to the latest rock music… influences included The Who, Kiss, and Led Zeppelin.

It was a fateful connection at then Trenton State College that ultimately aligned them on the same musical path. Jim was in a Western Civilization class with a mutual friend of Mark. Jim mentioned that he was looking for a drummer and within two weeks they were on the phone discussing a jam session. Within a few months, the four band members found themselves playing Fraternity parties and college battle of the bands. They proceeded to record a two-song demo and continue playing, opening up for established local bands. Recording started on a full-length album in the early 90s. Unfortunately, careers and families began to interrupt progress and the album was shelved.

The four members stayed in touch and still played together once or twice a year. Then in 2016 Mark dusted off the old work tape and vowed to release the album started some 30 years prior. Having just completed construction on his recording oasis simply known as THE STUDIO, Mark began to compile the pieces. Slee’s “Attitudinal Olives” is a fresh take on those original recordings. Comprised of 10 original tracks penned by the band and 2 covers, this album ROCKS with a vibe reminiscent of those guitar-based bands of the late 80s and early 90s!

Songs were written with attitude.

More importantly, these songs were performed with attitude.

The music was serious.  The message... not so much.

We're still laughing our asses off, after all this time!